It’s a historic day in The DMZ: For the first time, the right is furious at Chief Justice John Roberts. But in upholding Obamacare, was Roberts just sticking to his famous claim that judges should be umpires? Matt and Bill consider whether this ruling will define Roberts’s legacy. With the individual mandate construed as a tax, could the GOP use the filibuster-proof budget reconciliation tactic to repeal it? Matt argues that the ruling will be a political boon for Romney. But if conservatives can’t count on John Roberts to keep the faith, how important are potential Romney appointments to the Supreme Court anyway? 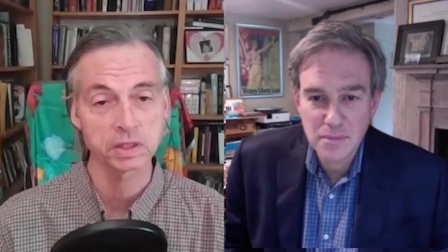 Robert Wright and New York Times columnist Bret Stephens debate whether Israel has ever offered a sovereign state to the Palestinians.

The gothic and the sentimental in recent American history

The crackdown in Russia

Robert Wright and Nikita Petrov discuss how Alexey Navalny’s return to Russia and the Belarusian political crisis led to Russia’s most recent crackdown on political freedoms.

The failures of Hebrew School education