On the first episode of The Posner Show, Sarah Posner and Sarah Wildman discuss how framing Iran’s nuclear ambitions as an existential threat assists fundamentalists, both Jewish and Christian. They also worry that the Republican presidential hopefuls rely more on myth than fact when discussing Middle East policy. How has casino magnate Sheldon Adelson so effectively shaped public opinion both in the US and Israel? And Newt Gingrich trivia: he narrowly averted an intifada, and took evangelizing lessons from a Messianic Jew.

Glenn Loury and physicist Steven Koonin discuss how the push to halt carbon emissions obscures the limits of climate science.

Robert Wright and meditation teacher Josh Summers discuss some of the challenges of employing cognitive empathy in daily life.

Did Bob Gates and Condoleezza Rice miss a chance to prevent the Ukraine war?

In this excerpt from their 2022 “best of” episode, Glenn Loury and John McWhorter discuss the possible fragmentation of a political coalition of “people of color” in the US. 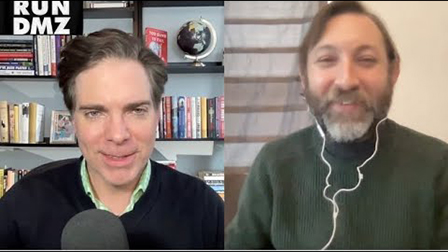