On Washington Squares, Michael and Adam begin by debating Chris Hayes’s controversial remarks about calling veterans “heroes.” Michael talks about the danger in the fact that the military is the most trusted institution in American society, which Adam suggests has to do with its apolitical nature. They consider whether the process of dissent and conscientious objection in the military can lead to a slippery slope. Michael and Adam discuss the Obama administration’s “kill list” and whether America will ever have peace again. Michael asks Adam whether Romney is the most conservative GOP nominee ever, and Adam explains why that is a dumb question. Finally, Michael and Adam lampoon Mayor Bloomberg’s soda ban, while urging viewers to put down their Dr. Pepper anyway.

Matt Lewis and Bill Scher discuss whether the Republican Party is better off banning Donald Trump from running for president again.

Justin Murphy describes his new company that arranges marriages for Millennials and Zoomers.

How close are we to China-level censorship?

Robert Wright and Conor Friedersdorf discuss the unprecedented power that tech companies have over speech in the US.

Robert Wright argues that Trump purposefully encouraged rioters in the Capitol to direct their ire toward his own vice president.

How did conservatives go from Burke to Alinsky?

Robert Wright and Jamie Metzl, author of Hacking Darwin, discuss the challenges that genetic engineering poses for the international community.

How young is too young for movement conservatism? 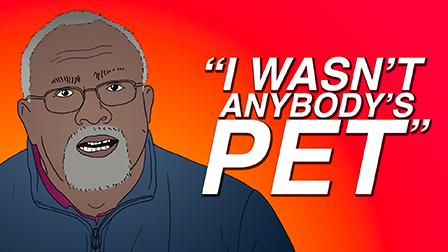 Glenn Loury talks about the pride he took in being a uniquely situated Black public intellectual in the 80s.