On Foreign Entanglements, Rob and Toshi discuss the East China Sea island dispute between China and Japan.  Toshi gives a brief history of the dispute, then explains why tensions have escalated in recent months. Rob wonders how much the growing strength of the Chinese navy affects the calculations of policymakers in Tokyo and in Southeast Asia.  Rob and Toshi discuss the role that the United States can play in de-escalating the crisis. They also consider China’s relationship with Taiwan in this context. Plus: how does climate change influence disputes like this one?

Bill Scher and Matt Lewis discuss whether the political conventions can take place during the pandemic.

“Everything screws the poor”

Aryeh Cohen-Wade speaks with Chris Arnade, author of the book Dignity: Seeking Respect in Back Row America, about class and the pandemic.

The four steps that lead to moral imagination

Robert Wright speaks with Jacqueline Novogratz, author of the new book Manifesto for a Moral Revolution: Practices to Build a Better World.

As states start to reopen, Robert Wright and Mickey Kaus look at what we’ve learned and what lies ahead.

Bill Scher and Matt Lewis discuss whether a Biden landslide is possible.

Daniel Kaufman, who is writing a book arguing for a “pluralist metaphysics,” talks about his project with philosopher Crispin Sartwell.

The Trump earthquake that wasn’t 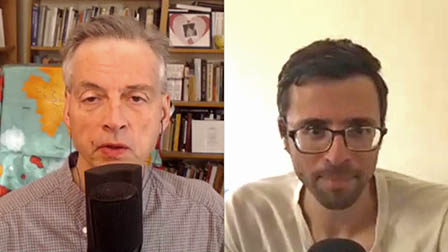 Robert Wright speaks with Ezra Klein, author of the new book Why We’re Polarized, about whether Trump’s presidency had the potential to spark a national political realignment. 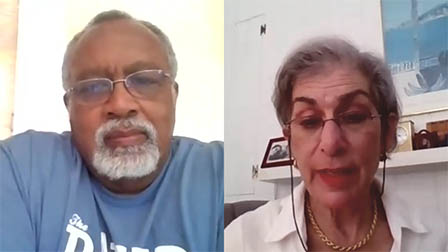 Should American universities give preference to American applicants for graduate school over foreign applicants? Glenn Loury and Amy Wax debate.

Will Biden be replaced on the Democratic ticket? 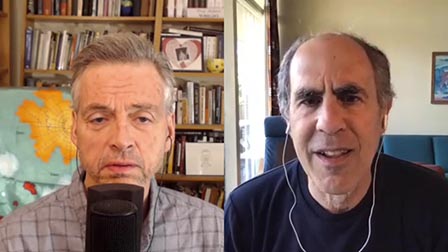 Robert Wright and Mickey Kaus debate Biden’s chances of remaining in the race.